I have lots of training (years and years) in my professional job. I’m a therapist and went to graduate school while also doing separate trainings each year since graduation to stay current with treatment best practices.

By comparison, I haven’t really had any formal training in my quest to be a blogger and fashion instagrammer (is that a word?) LOL….I’ve read other blogs and follow women on Instagram and that’s how I get an “idea” of what to do but I wouldn’t say I’m licensed 🙂

I’m learning how to “strike a pose” (seriously that reminds me of a Madonna song) with pictures I take of my clothes I model for my IG and here on the blog but I don’t really “know” what I’m doing LOL! I am getting a feel for what light I need for a good picture and noticing backgrounds and what looks good, but have no training. Here are several pictures of this morning’s outing (before I go to paid work).

First I have to think: where on the way to work can I stop to take a picture, where is the lighting good (shady but bright? summer weather is great but cloudy days make great pictures), where is a good background that is different, what background looks good with my clothes…yada yada yada….it’s ridiculous what is popping up in my head but this is my process. Sometimes I just randomly take pictures and don’t care as much as I think other people do but that’s whatever. I try not to judge myself 🙂

Enjoy my randomly taken pictures with one of my favorite pants and shirt-both from JCPenney and my favorite bag from Target (affordable fashion both). 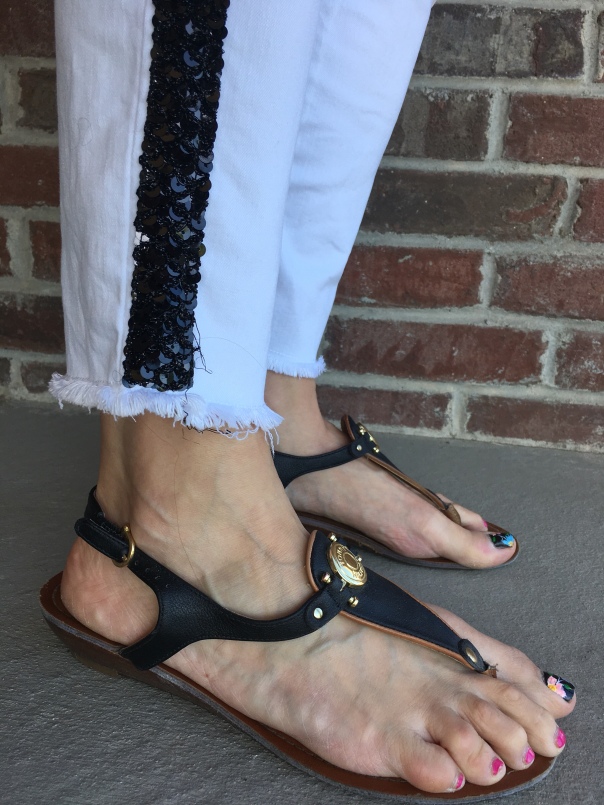 I hope you all made it through Monday?? Thank goodness it’s almost over; it rained and snowed my whole commute to work! Me and Monday are not friends at all! If it’s ever forecast to snow on Monday, you can bet your first child that it will be at 8am!

So I think everyone knows about my scenic trip to two of Utah’s National Parks over the weekend right?? Well there’s one thing you didn’t know….

We traveled through Bryce Canyon National Park and it is beautiful. I’ll share some fun pictures but I did want to share my thoughts about selfies as I visited Bryce Canyon.

We walked up to the highest elevation overlook-Rainbow Point at 9115 elevation and as I look over, I see a young woman straddling the protective wall meant to keep people from falling over the cliff. I felt super anxious as I worried that she would topple right off-and tumble down 800 feet (the wind was also super gusting at that elevation, so would be easy to loose your balance). She is also on her phone either facetiming or taking a selfie…I can’t tell which.  I walked over by her and asked her ‘who is going to save your life if you fall’ and she kind of shrugged and got down…Seriously people! This totally freaked me out and was very dangerous! Please please be safe when you take pictures or selfies. I understand the need for selfies….c’mon I take them just about every day, but please be safe when doing so. It’s not worth getting hurt, maimed, or dying. It’s just not worth it.

Back to beautiful pictures of Bryce Canyon National Park 😉 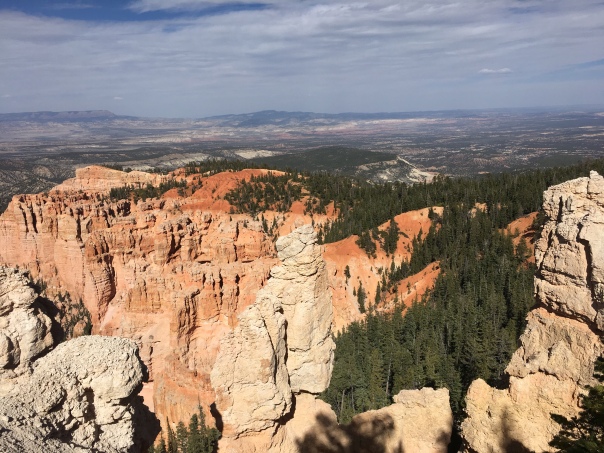 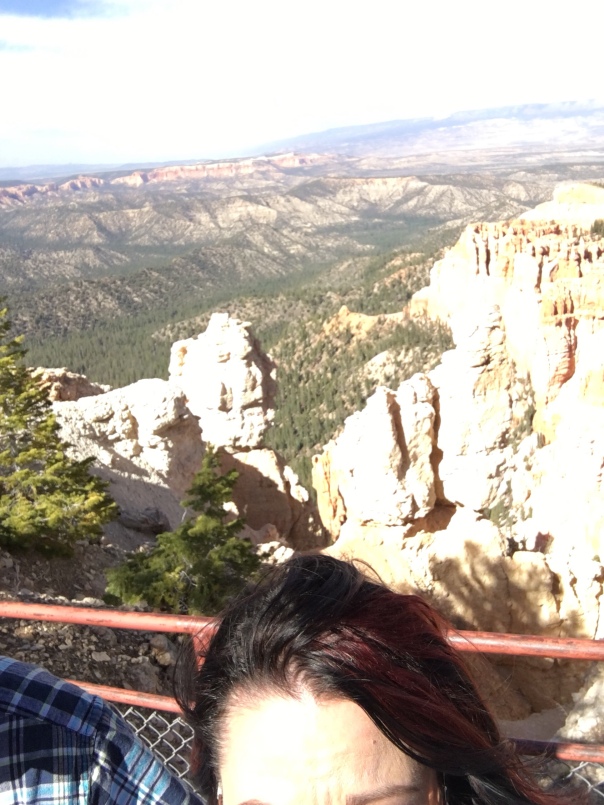 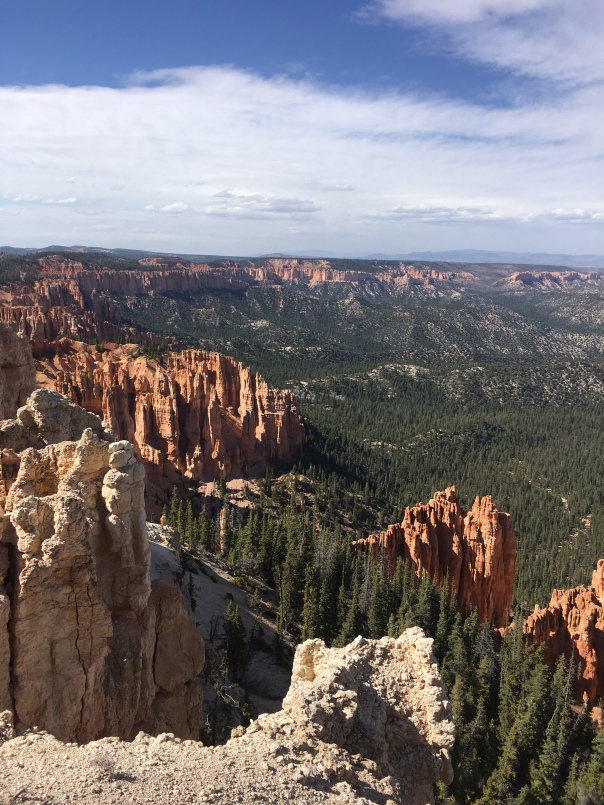 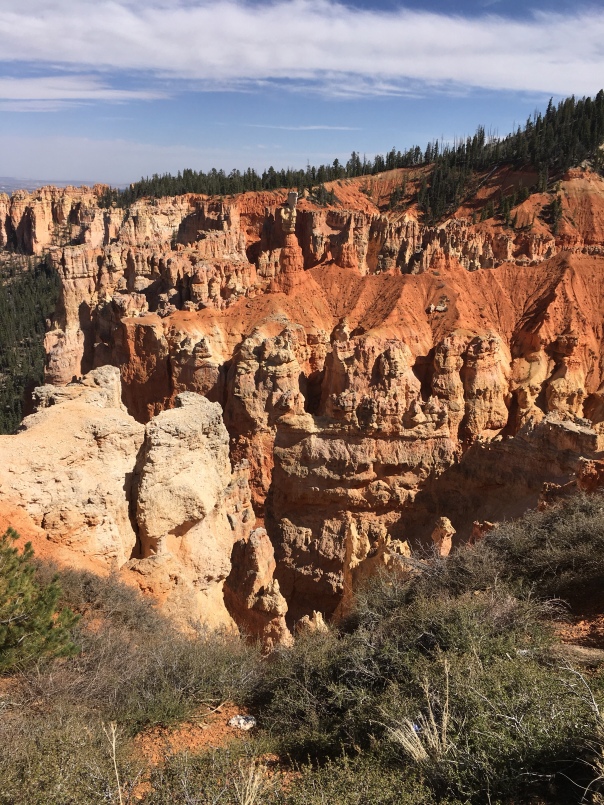 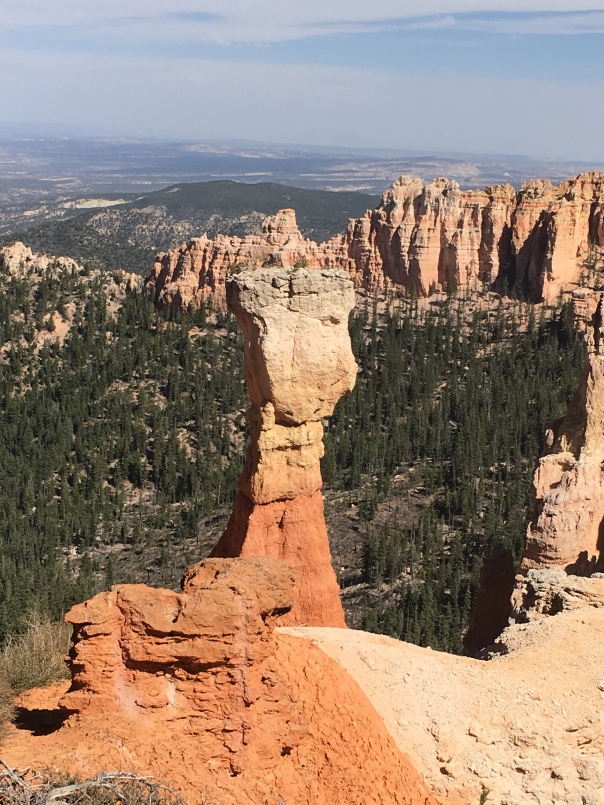 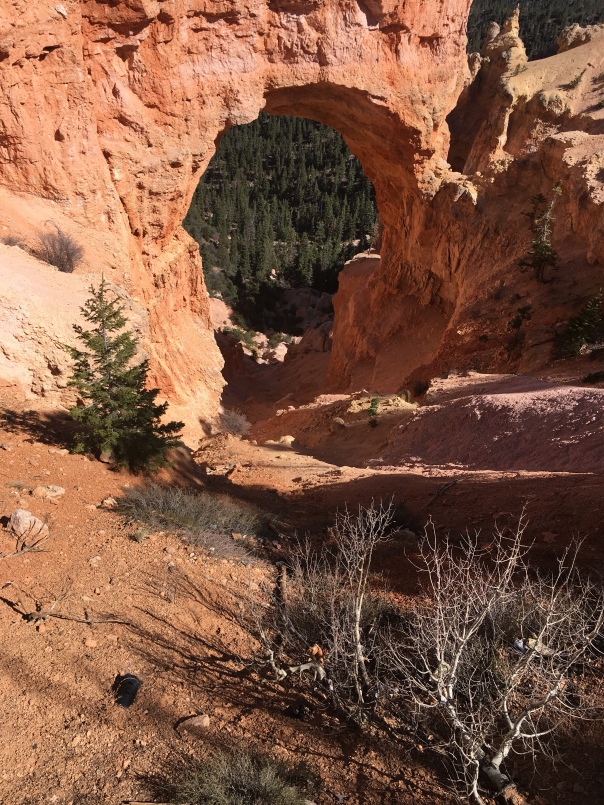 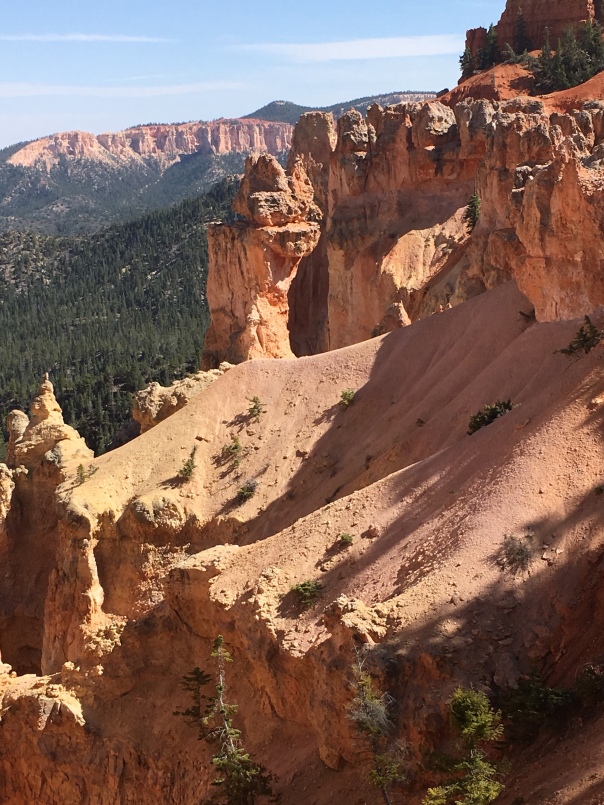 I have a quandary…how to I continue to get good pictures (lighting, interesting background, variety) in the winter? ….

One afternoon on my lunch break, I stopped at a lovely area next to a business park (it has a little stream and two pretty bridges) to take some pictures, and the landscaping company sat on their mowers and watched me the whole time I was there. Granted they were also there doing their job so I can’t fault them. It just felt awkward….just a little

Yesterday I thought to go to a local river trail that I frequent in the summer, it’s so beautiful. There were actually a lot of ducks on the river and even though foliage is somewhat dried up, it’s still very pretty this time of year. The only drawback is the temperature…17 degrees. That’s kind of a deterrent for me and for a lot of other people too. The trailhead was empty…and I’m out there propping up my phone/camera tripod on a big rock next to the river LOL and it is brutal cold…it could be worse. This time last year it was below zero…so yesterday was balmy compared to last year. But I have to get a picture of these awesome jeans! My whole outfit looks so cute together! It’s a studded tough girl look, I love it.

As I was finishing taking pictures, I saw someone walking up the trail toward me…a guy with a hood over his head….I have a very active imagination. Those that know me will attest to this! I hurried out of there cause I got kind of a sketchy feeling and my imagination is running wild, thinking I would be a murder victim by the river and it was lucky I left in time…my mind goes on like this sometimes…

In October, I watched the second season of “Stranger Things” and freaked myself out. One time home alone watching episodes, I happened to see someone post a picture (on Facebook) of a werewolf creeping up someone’s stairs! Obviously this is a gif and it’s not real, but I soon turned on all the lights in the house and really was very wary going down my stairs! Me and my imagination could start a war…seriously…

So what are the funniest/weirdest things you’ve ever done to get a good picture??? Check mine out below 🙂 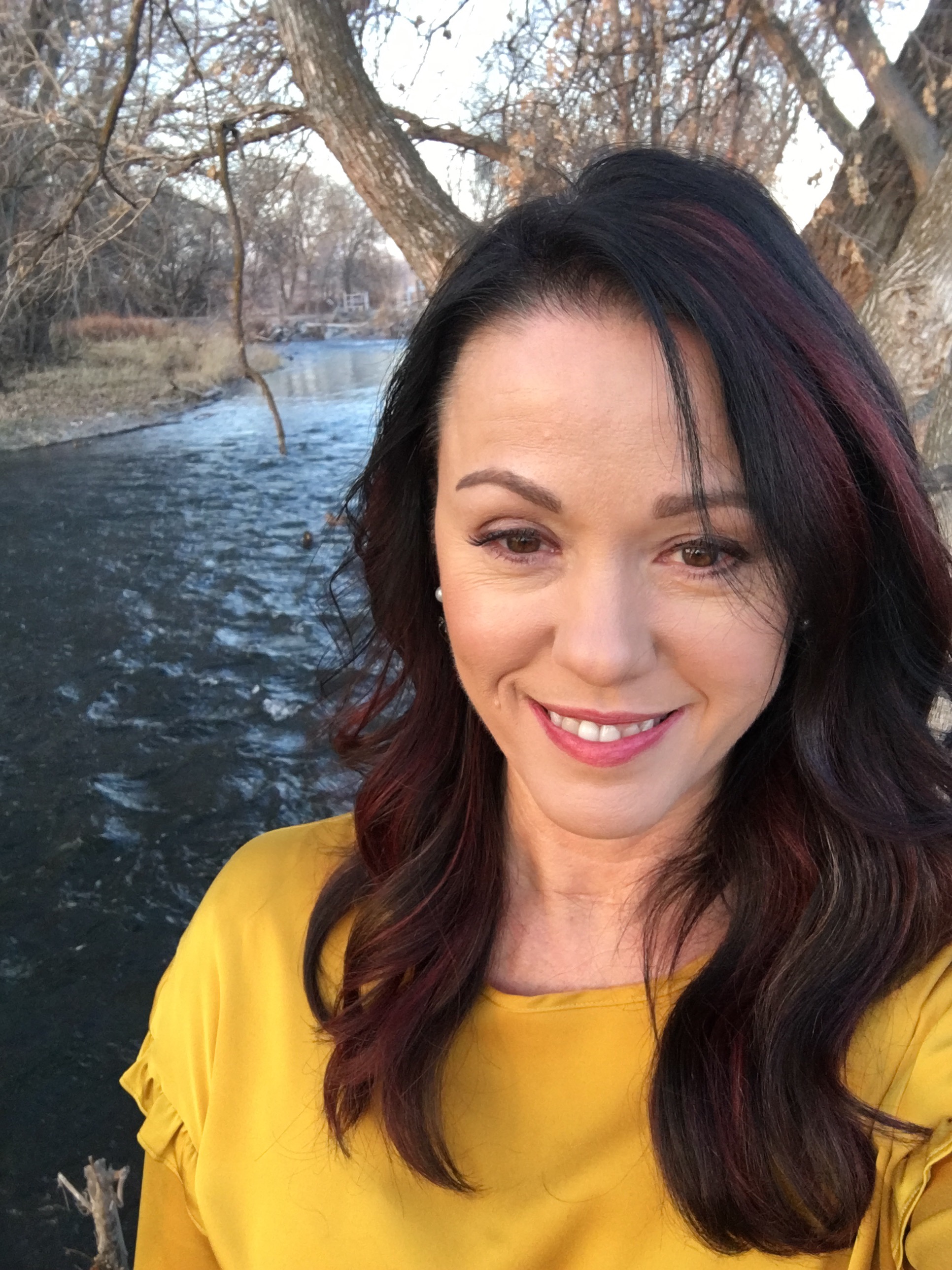 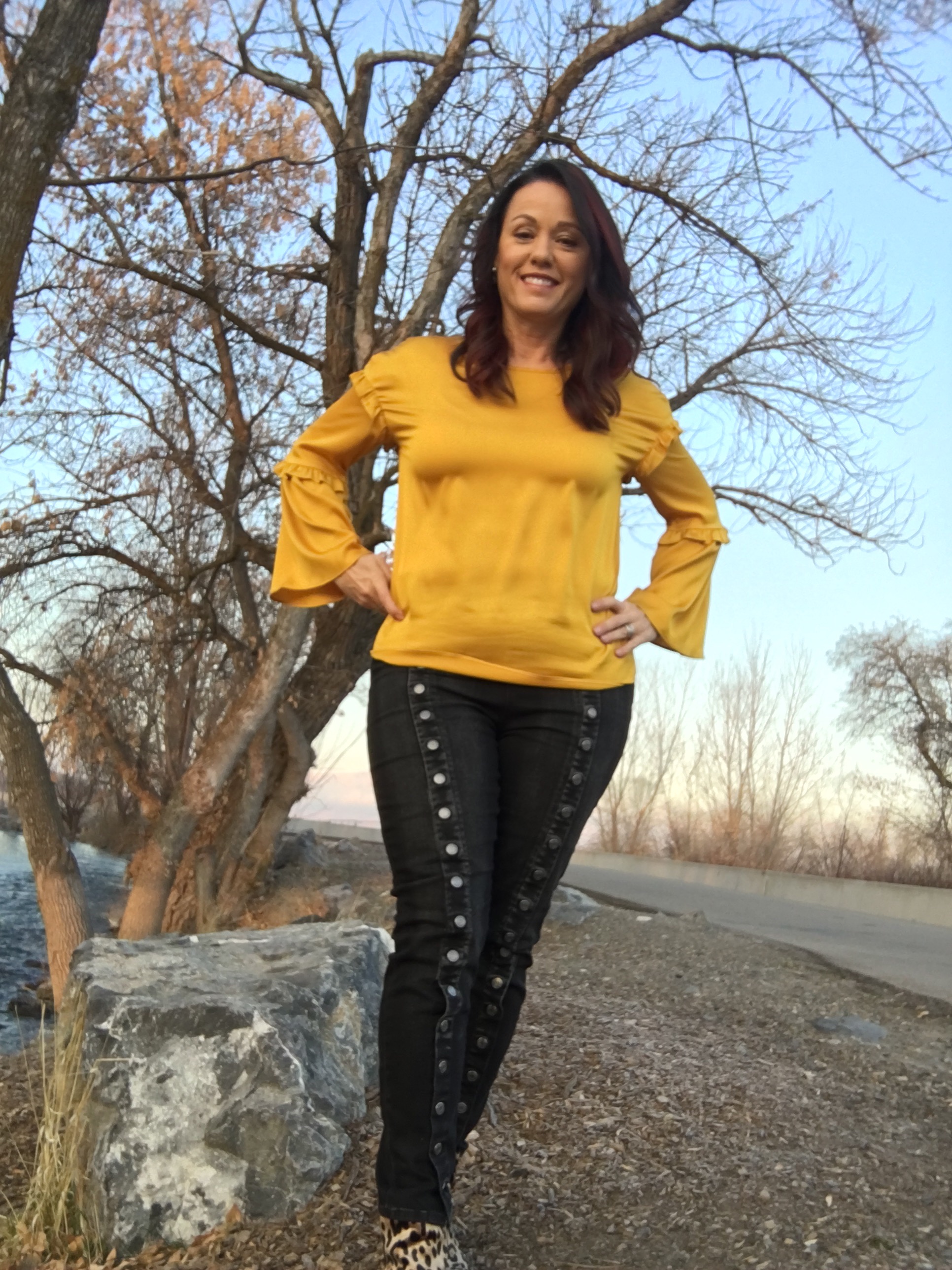