How are you all on this fine Wednesday? I hope everyone is well and happy 🙂

I thought I would share a little bit of my fun trip to Wyoming last weekend! I left on Thursday and returned Sunday.

Thursday I had some fun in the thriving metropolis of Thayne Wyoming (actually it’s a small town) but my aunt runs a food truck by a local motel (owned by a family member) and we sat and ate the best burgers ever, followed by fun conversation with my parents and aunt and uncle.

The next day I drove up to Afton (about 20 minutes away) to visit with my grandfather (who this year will be 97)! and my two aunts were also there visiting for the Lincoln County Fair! Later that afternoon we visited the fair and watched the Swift Idol (sort of like American Idol but small scale) of local voices under a big tent. That was enjoyable although hot hot hot 🙂 Afterwards enjoyed a rodeo! Yee haw!

Then Saturday my mother and I drove up to Jackson Hole (yes the same-just about 40 minutes from where I grew up) and puttered around town-we ate lunch at Wort Bar and Motel- saw a famous person (actually two older gentlemen approached our table with a pick up line-that was funny). We stopped at a regular store-TJMaxx where I found a gorgeous embroidered maxi dress by Free People which is to die for! Smoking deal too!

Then we visited some less than affordable shops around downtown Jackson Hole LOL. I tried on a gorgeous cowboy hat with jewels around the brim, it was so pretty but $400….yes that’s how much it was dang it. Hubby said I could buy it if we sold both our cars! LOL!

We drove back home later and attended another rodeo…I can’t believe I’ve seen three rodeo’s this summer! How much more fun is that?? It’s been a great summer ya’ll.

I’m sharing the pictures of the dress and a cute video of the super expensive hat I DID NOT PURCHASE LOL! I was explaining the hat to a co worker and she asked “Did you seriously buy the hat?? You are all about deals”! And I realized, she is right! I don’t like to spend loads of money, I like to get deals on stuff. That was a good reminder to be an affordable shopper. 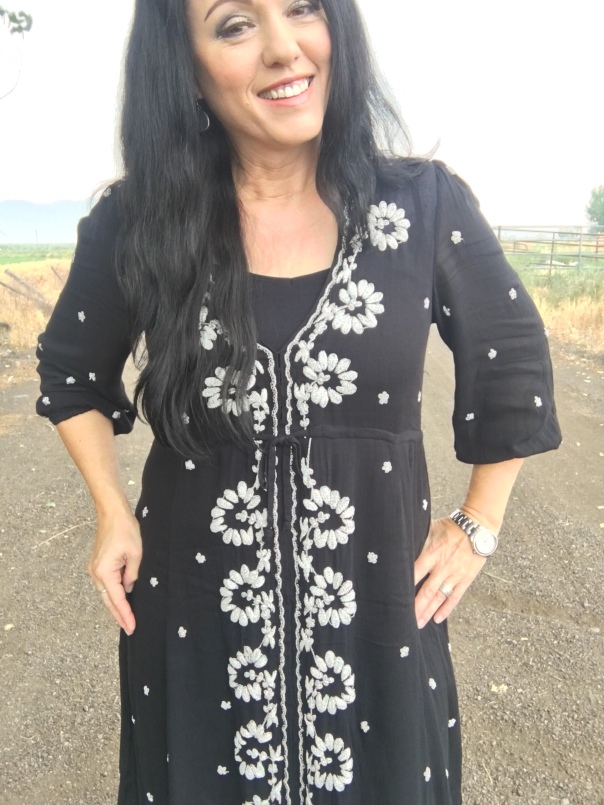 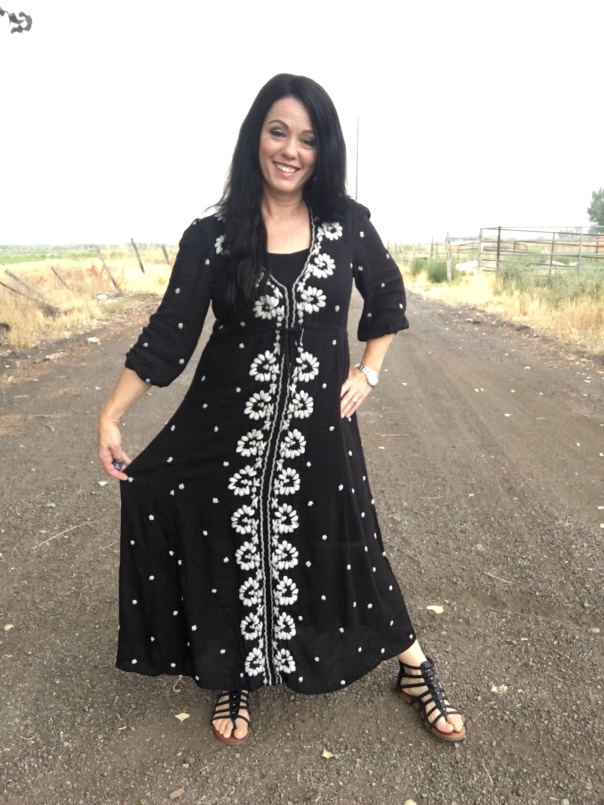