So today I took down all the Halloween décor’. You might have seen my pictures of hanging candles in my front entry; those took about an hour and a half to take down.

I made them a couple years ago from Pinterest. I took a whole bunch of toilet paper and paper towel tubes, dripped hot glue down the sides, painted them white,, and poked holes to hang them with fishing line. The inside of the tube has a LED tealight, so it looks like they really are candles hanging from the ceiling.

The first year I hung the candles with tape…which kept falling off. The second year I used white duct tape which worked, but took paint off our ceiling (during the summer before my daughter’s wedding, the hubs repainted the ceiling) so this year I didn’t want to do that again! This year I got some tacky glue (it’s kind of a gum type of substance) that’s supposed to be safe for your walls and such. So I spent about 30 minutes hanging candles up…three went up and two fell down, three up and two down…until I started getting annoyed (might have said S H I word) and gave up for the evening.

Hubs had the idea to tie the fishing line to a button and use the tacky substance on the button, which then did work really well. It was just an arduous process to hang up this year. So I wasn’t super excited to take all the darn things down…up the ladder and pry the tacky substance off my ceiling -precariously propped on the top step of the ladder- sometimes I did three at a time before I had to go back down and move the ladder again. I might have made too many of these…..Took quite some time (oh and I was in my nightgown too, just didn’t want to take a shower and get ready when I had THINGS TO DO)! And I thought to myself, this is so annoying, I might not put them back up next year…but I probably will by the time Halloween comes around again.

Every new holiday calls for a change of décor (Change),  or a A New Day, so to speak 🙂 I got out my sparse Thanksgiving decorations (I have this bouncy wire turkey from Pier 1, it’s so cute) and then I realized I forgot to share my pictures of our creepy Halloween dinner last Sunday, just as a last adieu before moving on. A good friend (there you are Dave) reminded me.

Here are our fun pictures of Halloween 2017 Spooky Dinner! I hope these fun pictures add to the enjoyment of your weekend! 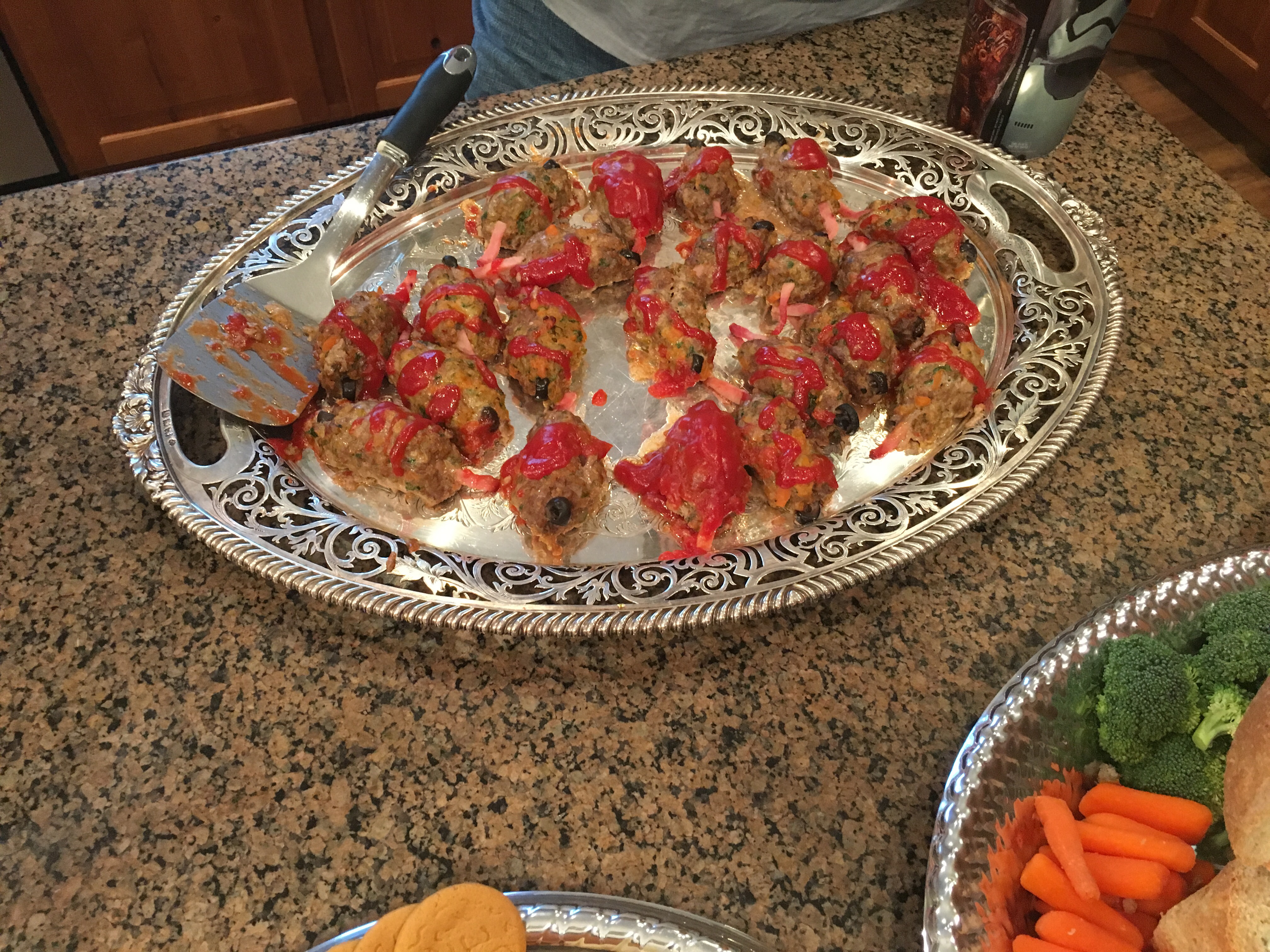 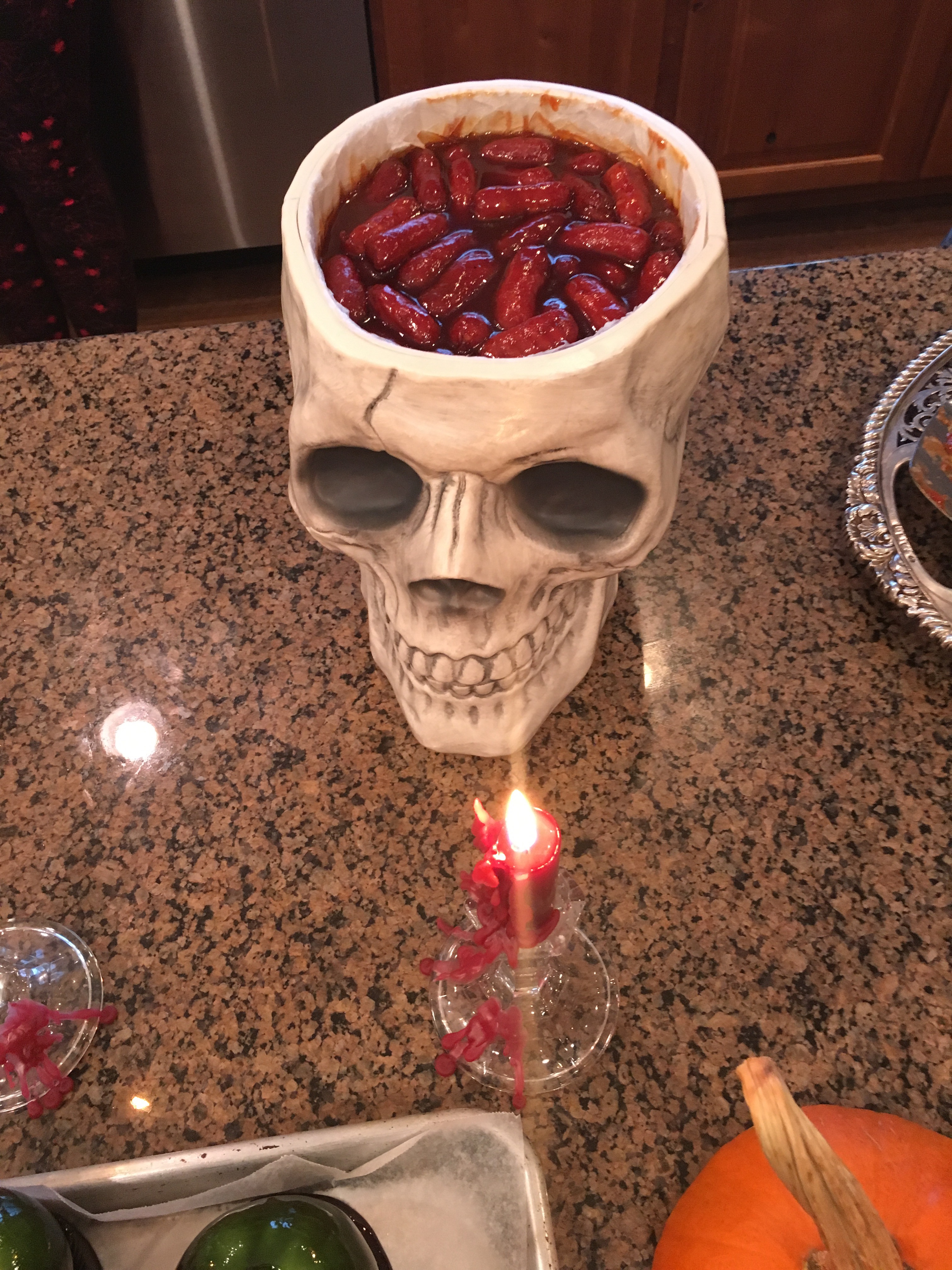 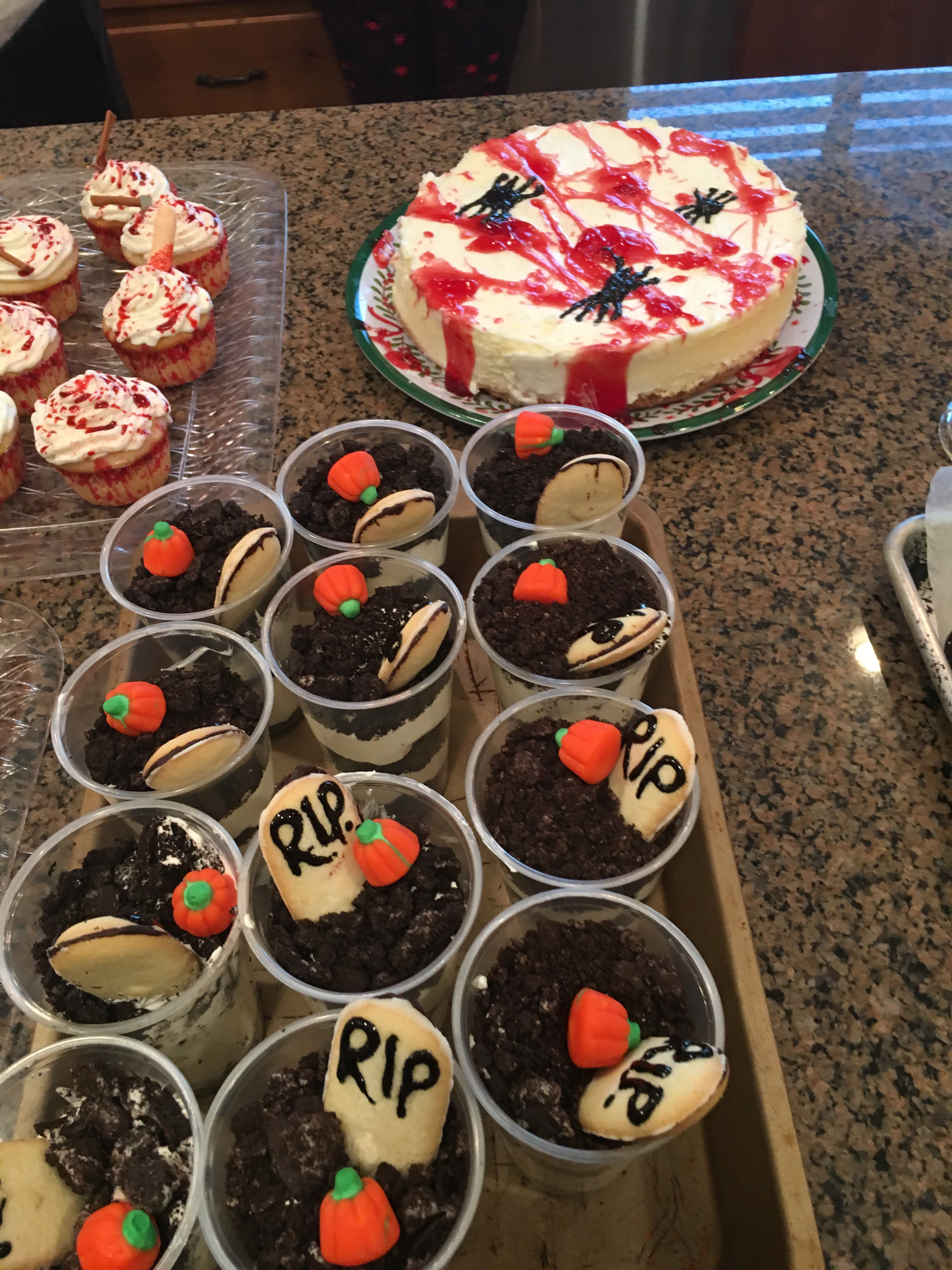